How To Shop For Gluten-Free Food
0 Comments

Two years ago we got the call that B had to eliminate fructose from his diet. I was given a list of things to eliminate and one of the biggest pieces was gluten. At the time he was 2 years old and no longer allowed to eat gluten, fruits, and vegetables until we got things on track with his diet.

I was completely lost.

After an hour call with a pediatric nutritionist, I thought I had at least a small grip on things. That night I went to the grocery store and walked up and down the organic aisles for an hour. I bought a whole bunch of different things and we started figuring out what works in his diet.

Now, two years later I’ve gotten the basics down of what we need to shop for. However, you never know when ingredients may change and what brands might throw a curve ball your way. I get excited at the prospect of gluten-free Oreos coming in January but also take it with a grain of salt until I see what the ingredient list is.

One of the biggest questions I get asked when I talk to someone about going gluten free is “where do I start at the grocery store?” Going gluten free can be extremely overwhelming if you think about all of the foods you need to eliminate. However, what many people don’t realize is that there are so many foods you GET to eat.

Who Should Eat Gluten-Free Food?

One of the biggest misconceptions about going gluten free is that it is for weight loss. I see where the misconception comes from. Those with a gluten sensitivity generally find that when they no longer eat gluten, weight loss happens. However, that is not the reason that someone should switch to a gluten-free diet.

Three types of people who should be eating gluten free:

If you are someone who thinks you might have a gluten sensitivity, it is good to talk to your doctor about it first prior to eliminating it. There are no medically approved ways to test for gluten sensitivity, but there are so many different symptoms that can be associated with it. The best way to find out if you are sensitive is by eliminating gluten and other certain foods.

Where To Shop For Gluten-Free Food

One of the biggest shocks with going gluten free was how much our grocery bill exploded. Gluten-free eating is NOT cheap. It took a lot of experimenting to find what we needed at the best price.

Amazon Subscribe & Save – One of the first places I turned to was Amazon. We got lucky and found a number of B’s snacks available on subscribe and save. When you add more than 5 products to your shipment each month, you get up to 15% off. This came in handy as we started sending his snacks to school. We were able to buy ahead for the month as well as some gluten-free brownie mixes.

Thrive Market – Honestly, I was hesitant. Thrive does come with a subscription fee but ultimately I did find that we were saving a few dollars by using it. Over time it adds up. They also have their own brand of food which is cheaper than most of the name brands. So far we haven’t found anything we don’t like.

Grocery Store Shop – In 2020 it is a little difficult to do but I found that by spending an hour in each of our local grocery stores I got a much better idea of the average price of things. Some stores increase the price of specialty products, whereas other stores were in line with what I was finding at Amazon & Thrive.

What To Shop For?

Now that you know why and where to buy, how about what to buy. As I mentioned, going gluten free isn’t as scary as it once seemed. There is a lot you can still eat as long as you make sure to read the ingredients.

Instead of making it more overwhelming, I’ve got good news. I finally put everything I’ve learned into a guide for you on how to get started shopping for gluten-free foods at the grocery store.

Tell me! What is your favorite way to shop gluten free?

Hey There, I’m Kristin! I have a strong passion for helping women make small changes in their everyday lives that add up to the healthy life they desire. Whether it’s a mom looking to find her confidence or a family who needs help making changes in the kitchen I believe every health goal can be accomplished. 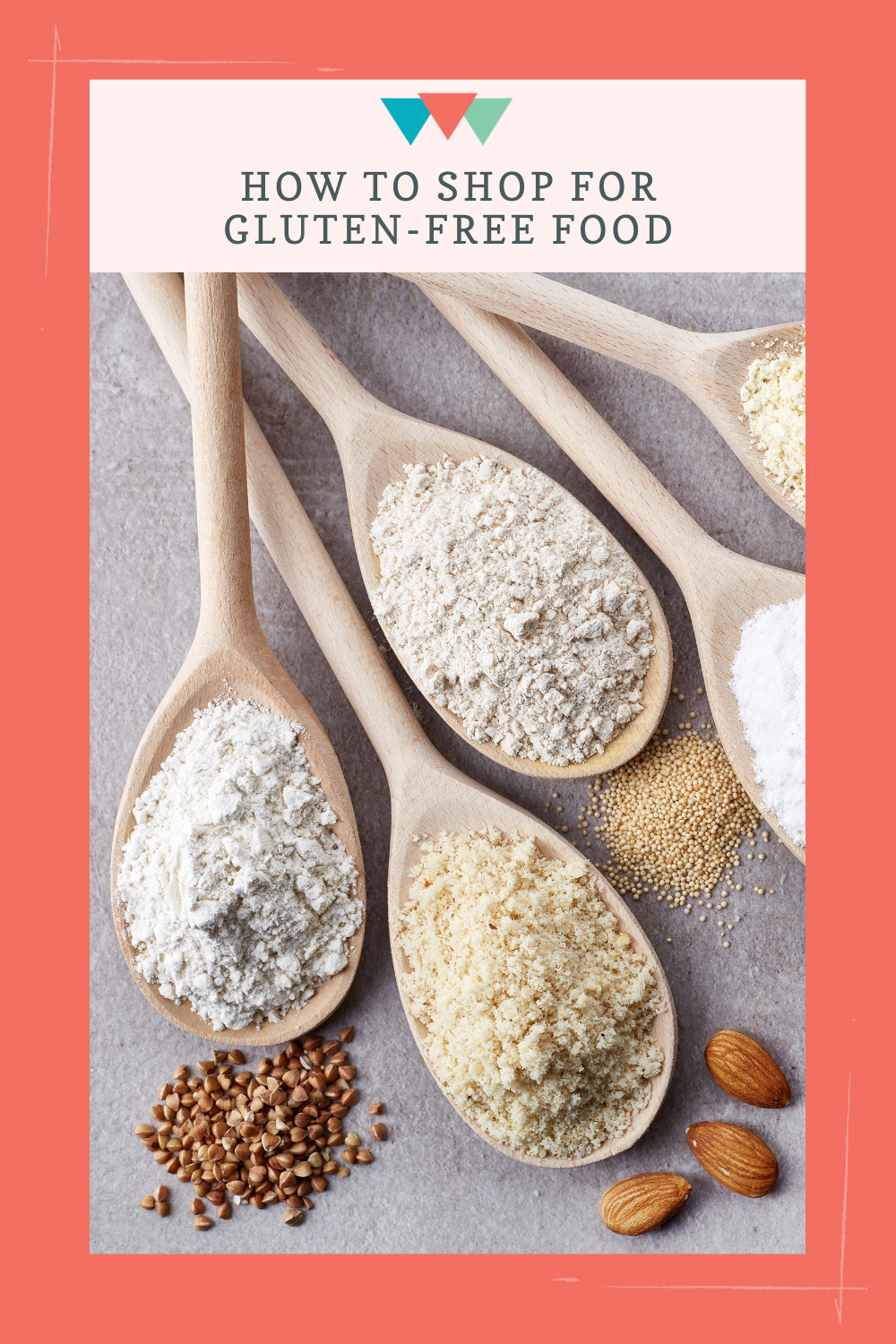